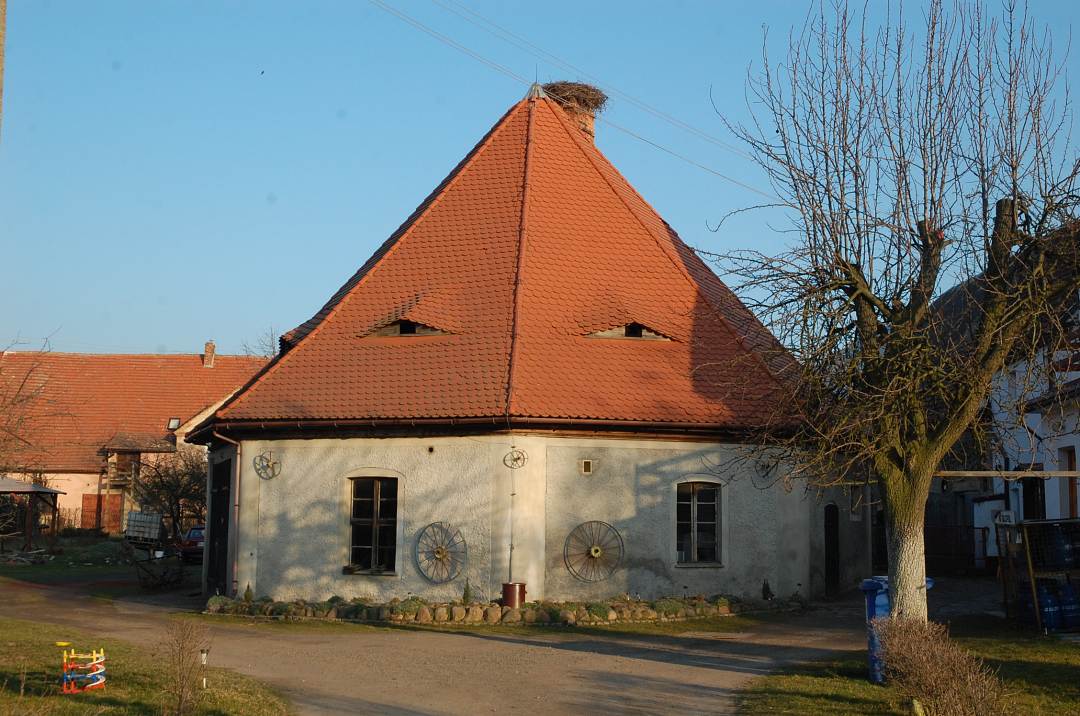 Winnica, located on the banks of Nysa Szalona river in the Chojnów Plain, is an old village. It was founded in 1217, next to a farming estate that belonged to the Cistercian Abbey in Lubiąż. The estate was funded in 1202 by the Duke Henryk Brodaty, on the grounds granted to the Abbey already in 1177, following the decree of the Duke Bolesław Wysoki. The village occupied the right bank, the estate was on the left bank. Along with the nearby village of Słup, Winnica was destroyed during the Hussite wars in the 15th century, but rebuilt later. In the counter-reformation period the village experienced growth due to enlargement of the Cistercian estate in the 17th and the first half of the 18th century. New buildings were erected, including a large Monks’ House, and the estate acquired the shape similar to the contemporary one. After dissolution of the order in 1810, it became private property. After World War II the estate fell in disrepair and today is largely in ruins. Its core is the ruined Monks’ House from the 18th century, built on an ‘L’ ground plan. Local stone resources were used. Basalt was the main material, whereas fairly well preserved window frames are made of sandstone. Above the damaged sandstone portal one can notice coats of arms and the image of Saint Bernard of Clairvaux, the founder of the order. Beside the Monks’ House is dilapidated residential building, service buildings and ruined belvedere. An octagonal old smithy was luckily renovated. 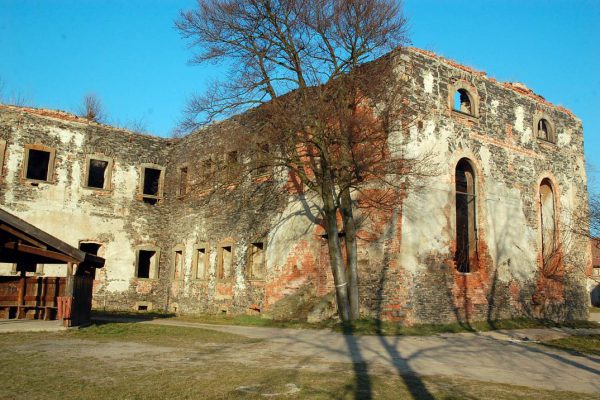