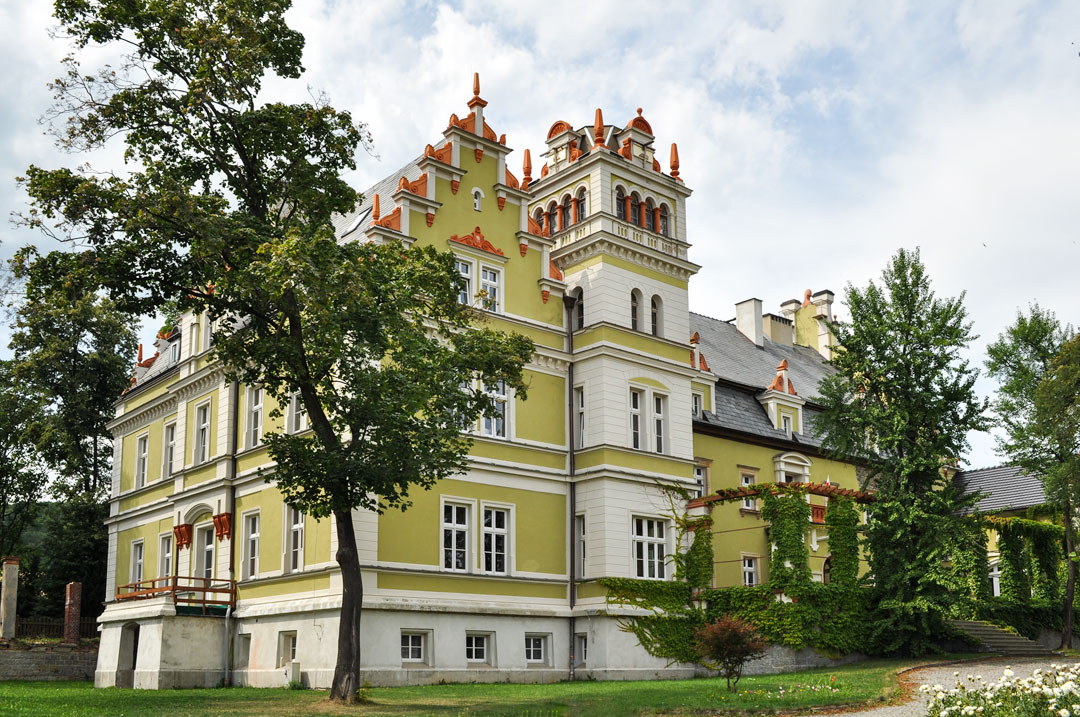 Kłonice are located within Kaczawskie Foothills in the premountain zone of the Sudetes in Chełmy Landscape Park. The hills around the village consist of late Palaeozoic greenstones, while the foothills and riverbeds are composed of Quaternary sediments: deluvial clays, sands and gravels.

Kłonice were commonly considered to be one of the four oldest villages within the Chełmy Landscape Park. It was assumed that the village might have been founded by the Cistercians. In 1346, the prince of Jawor Henryk I, handed over to Conradus von Dornheim, the prior of the monastery of Maria Magdalena in Lubań, a rent from the forests near the villages that belonged to Catherine, widow of Vlmannus de Nossin. Probably, it was knight’s estate without an owner at the very beginning. It could be assumed that Kłonice belonged to the owner of Paszowice village and became distinguished in the 16 th century.

In 1577, the Renaissance manor von Reibnitz was established here – the village belonged to them until 1622. During the Thirty Years’ War Kłonice became impoverished. In 1765 Kłonice consisted of 7 homesteads, 10 home workers, 6 craftmen and 7 free people. In 1786, there was a manor house, a farm, a water mill, two windmills, an Evangelical school and 27 houses in the village.

The residence was bought in 1837 by K.G. Zimmer who rebuild the farm into brewery. In 1840 in Kłonice it was a palace, a farm with a brewery, an Evangelical school, a water mill, 2 windmills, 3 taverns and 4 craftsmen and 1 trader among the inhabitants. Upon that time the village was very popular as a touristic destination: palace and gardens were admired and there were hikes up to the Radogost and Kaiserquelle.
There was an inn on top of the Scheeberg.

The next owners of the village were: Henrich Wuthe, Hugo Seidel, Paul Dunkel.

From 1915 to 1945 the palace in Kłonice was the residence of von Hochbergs. After 1945, there was located PGR (State Agricultural Farm). Later on it was taken over by RWA and privatized.