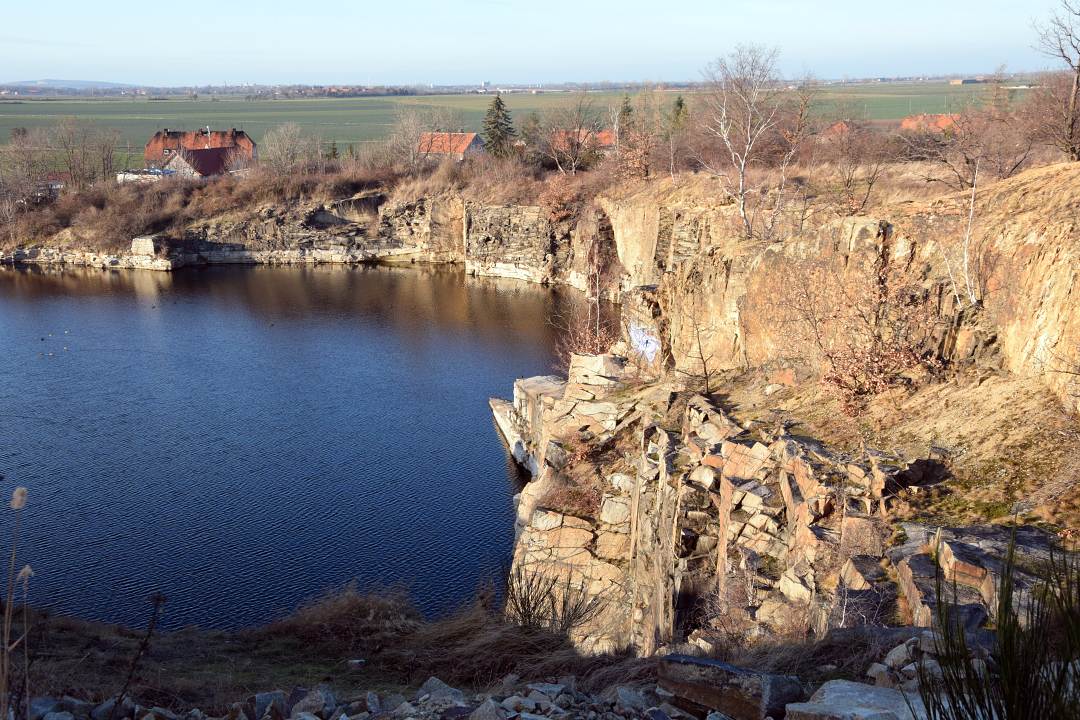 The surroundings of the village of Zimnik in the north-western part edge of the Strzegomskie Hills are the only place in the Land of Extinct Volcanoes where granites of the Strzegom–Sobótka massif are exposed at the surface. They were quarried in a large, deep pit in the village itself and are still excavated in a quarry to the west of Zimnik. Granite quarrying expanded in the 19th century and Zimnik became part of ‘granite mining district’, with the centre in the town of Strzegom. The local tradition says that the bell tower from the late 19th century was used to call quarrymen to start daily work. It is built of brick and crowned by a spire, resembling Gothic style. Next is the modest shrine on a stone pillar, supported by a millstone. Another historical building is an old estate, with the mid-19th century manor. The abandoned quarry is adjacent to the village, located south of it. Its lowermost part is flooded and the artificial lake is 150 x 150 m, occupying almost 2 ha. Granite walls above the water level are up to 15 m high and show flat-lying joints, typical for the Strzegom granite and valued by the quarrymen as they facilitate the removal of blocks. The edge of the quarry offers panoramic views towards the Jawor Plain and the escarpment of the Kaczawskie Foothills.