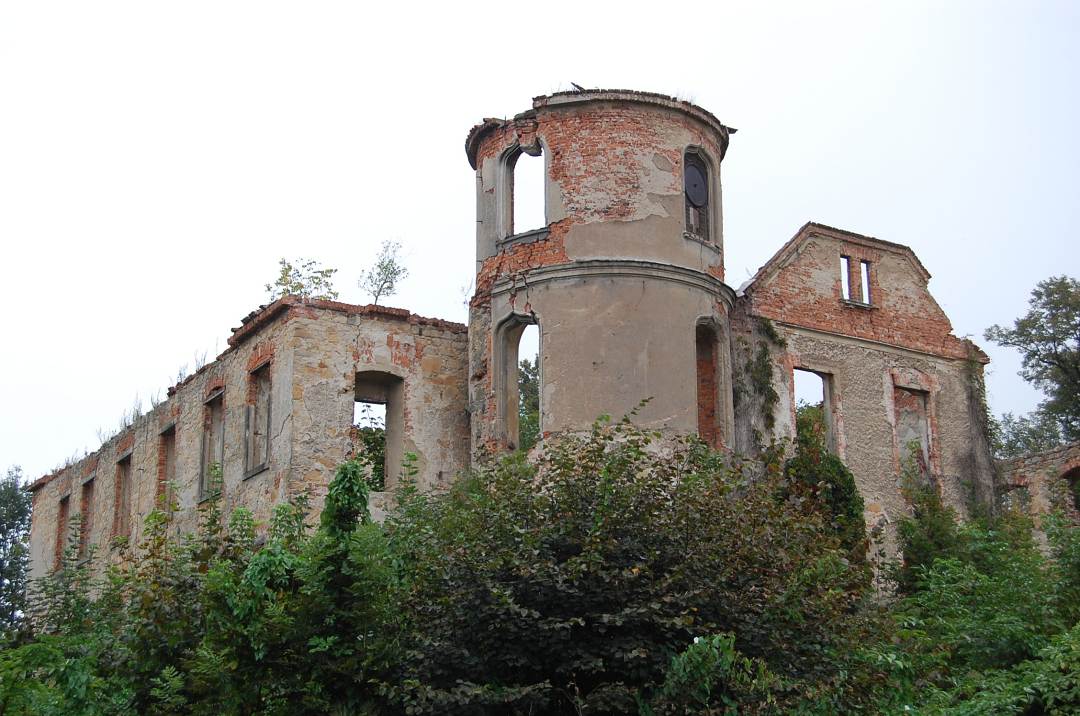 The history of Zagrodno, a large string village in the northern part of the Kaczawskie Foothills in the transitional zone to the Chojnów Plain, is traced back to the 13th century. Thanks to favourable environment, its development as an agriculture-based settlement was quite fast. During Reformation Zagrodno was a strong centre of Protestantism and in 1536–63 the local evangelical community was led by Paul Lemberk, a disciple of Martin Luther. The village suffered heavy losses during the Thirty Years War and its deserted area was settled anew by religious emigrants from Bohemia. An interesting episode from the recent, post-World War II history, was finding of items from the Ossolineum collection in Lwów, including handwriting of “Pan Tadeusz” poem by Adam Mickiewicz, hidden here by the Germans. The most valuable historical building in the village is the church, erected in 1789–92 in Classicist style, according to the project of Karl Gotthard Langhans, an outstanding architect of that period. The ground plan bears similarities to the Greek cross, the central nave is surrounded by three levels of galleries. A high tower with the cupola stands in front of the nave. Next to the church is the cemetery, with the Classicist burial chapel of von Reibniz family. In the lower part of the village are ruins of a 16th century Renaissance palace. It used to be a three-wing structure with a round tower. Remnants of a landscape park are nearby. The palace in the upper part of Zagrodno represents transition from Baroque to Classicism and dates for the mid-1700s. 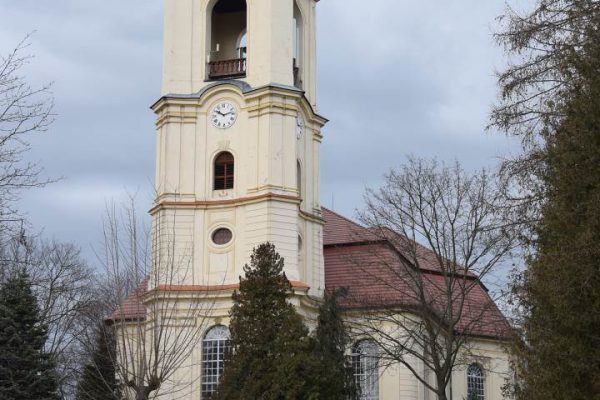 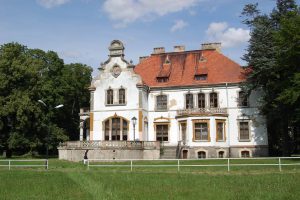