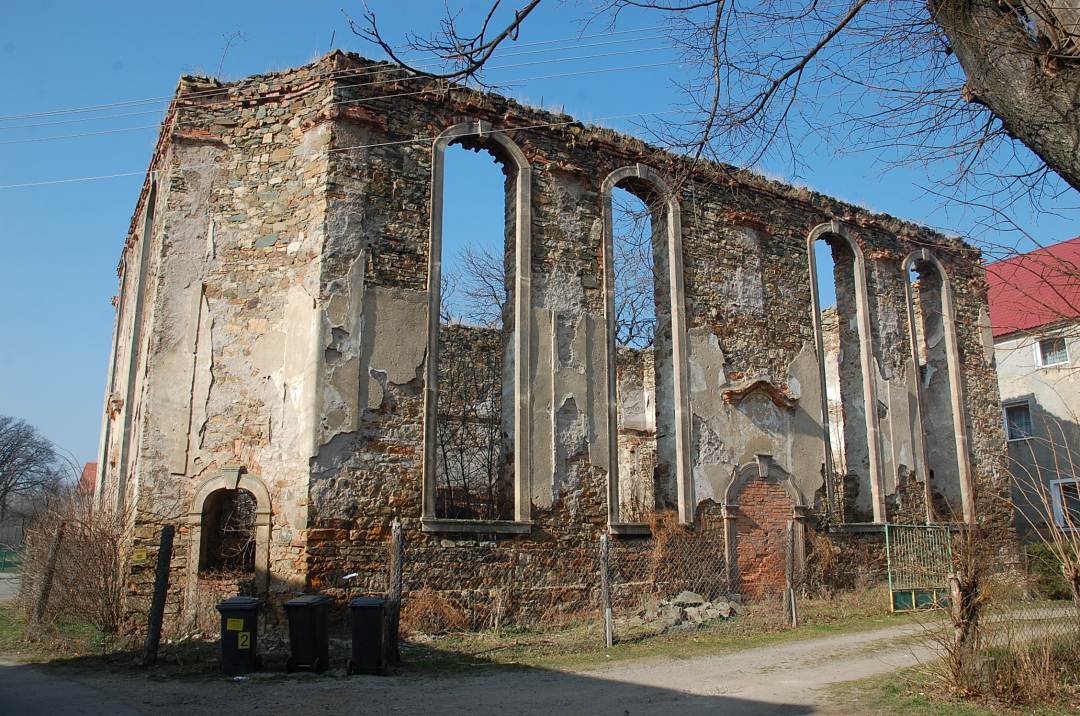 The village of Wiadrów, located in the southern part of the Jawor Plain in the immediate front of the Kaczawskie Foothills, is an old one, founded during the first period of late medieval colonization. It was mentioned in 1285 and represents a string-type settlement, with agricultural plots perpendicular to the elongation of the village along the river. Traces of this ancient field pattern can be still recognized to the south of the built-up area, in the layout of field access roads. Wiadrów has a few sites of historical interest. Exultation of the Cross church dates to the period of founding the village, the second half of the 13th century. It was rebuilt in Gothic style in the 15th century and again in the 18th century. The tower was added in the 17th century. A few Renaissance tombstones of von Rebnitz family were placed against the inner and outer church walls. The church compound is walled and a partly buried reconciliation cross stands next to the surrounding wall. Not far away ruins of a protestant church can be seen. It was built in the late 18th century as a simple, but spacious hall. No longer in use after World War II, it was abandoned and fell in disrepair. The palace to the east of the church originated through rebuilding of a Renaissance manor in the 18th century. It is surrounded by a moat, whose sides are spanned by a decorated bridge. A park extends around, with old oak, lime, plane and chestnut trees. 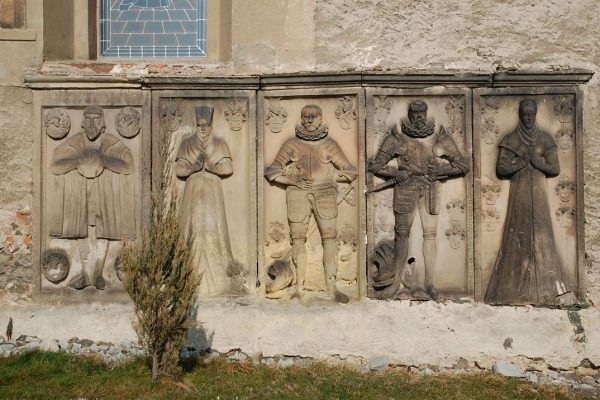