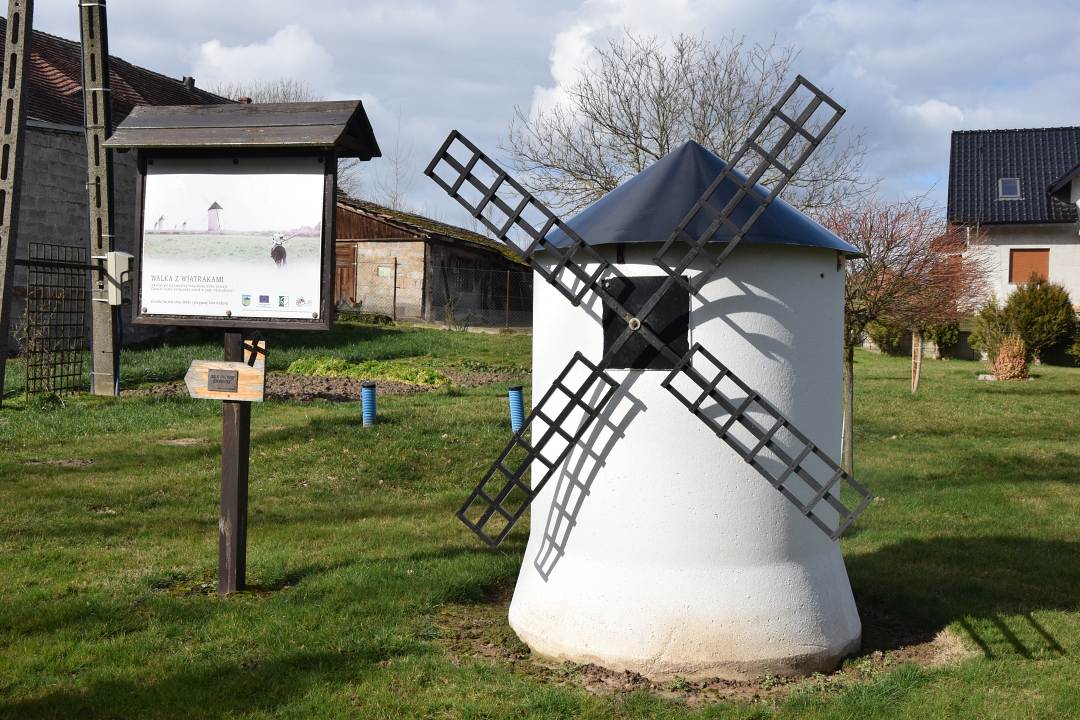 The village of Wojcieszyn in the northern part of the Kaczawskie Foothills, similarly to the neighbouring villages on the Skora river (Zagrodno, Uniejowice, Pielgrzymka), has medieval roots and probably originated in the 13th century. The local church dedicated to Saint Stephen dates to the second half of the 17th century and was intended as a protestant church. Two levels of galleries, with paintings of biblical scenes, fill the interior. A stone Romanesque portal from an earlier church survived in the porch. Worth attention are also stone epitaphs from the turn of the 18th century. Only the ruined lower floor has remained from the nearby late 18th century manor. Some residential and farm buildings, built in mixed brick-half-timbered style, are good examples of vernacular architecture typical for this part of the Sudetes. While passing the village, one will notice miniature windmills. These are parts of a local sightseeing trail “Fights and adventures of Don Kichot”. The river Skora flows through the village in a tree-lined channel, whereas occasional bank undercuts reveal Palaeozoic schists with intercalations of lydite, a dark siliceous rock. Gentle hills to the east and west of the village, such as Mt. Mnisza Górka or Mt. Pustak are small basaltic intrusions and remnants of ancient volcanoes or lava veins. 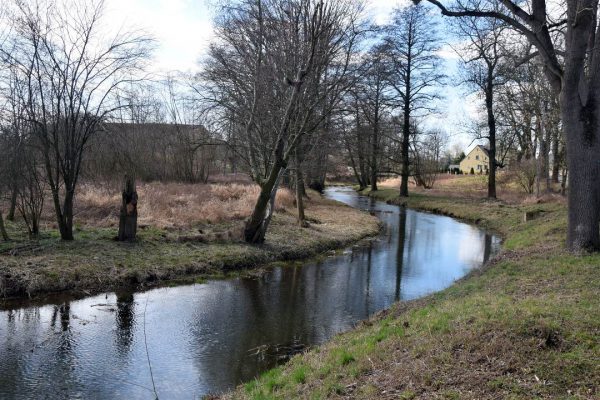