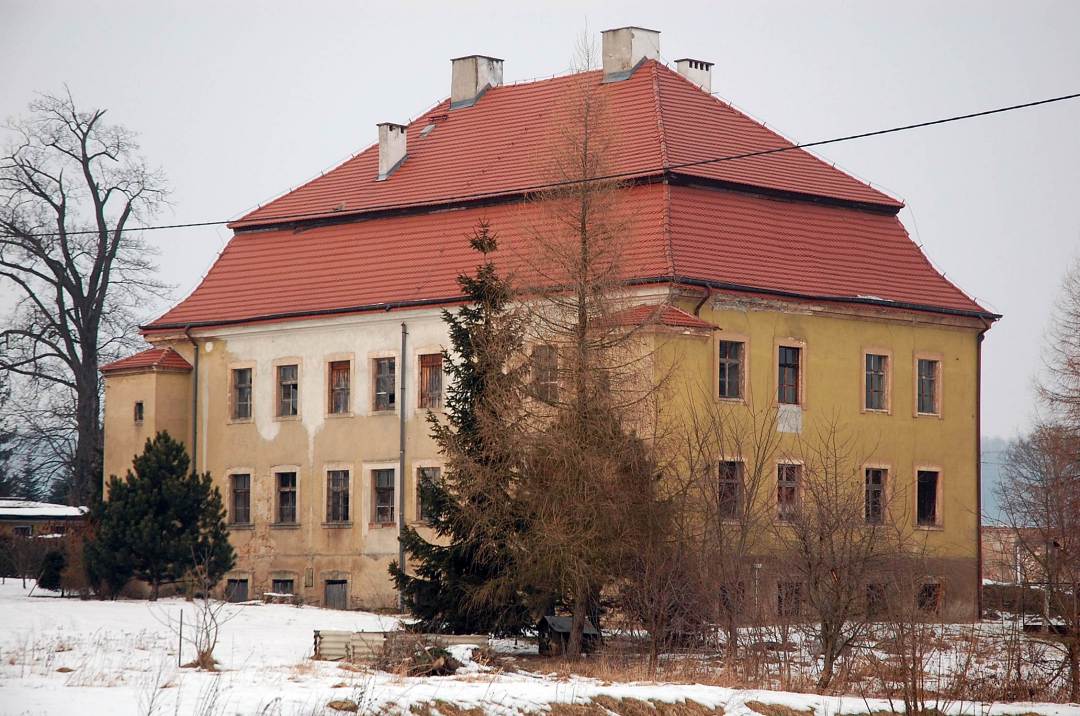 The history of the village of Twardocice in the north-western part of the Kaczawskie Foothills dates back to the late 12th century. Since the early 13th century the village was a property of Cistercian Convent in Trzebnica, perhaps until the beginnings of the 15th century. During Reformation times it became an important centre of Protestantism, particularly the radical Schwenckfeld movement initiated by Daniel Caspar von Schwenckfeld (1490–1561). In 1726 the majority of followers, suffering harassments and persecution from Jesuits involved in re-establishing Catholicism, emigrated. In the second half of the 18th century the village grew and in the mid-1800s there were more than 1700 people living here. The legacy of the vibrant Protestant community is the ruined church in the centre of the village. It was built as an ‘escape church’ in the 17th century, enlarged in early 18th century and rebuilt after the fire shortly after. In 1726 a large tower with a spire, visible from considerable distance, was added. The church was abandoned after 1945 and suffered from devastation. Its interior, filled with galleries, could have accommodated 2400 people. The Schwenckfeld community is commemorated by a partially destroyed Neogothic monument next to the old cemetery to south of the village, erected in 1863. Close to the church ruins stands a late Baroque palace of simple shape. Throughout the village one can notice many imposing residential buildings from the 18th and 19th centuries, built in vernacular Baroque and Classicist style. Some have their gables decorated with slate geometric patterns. 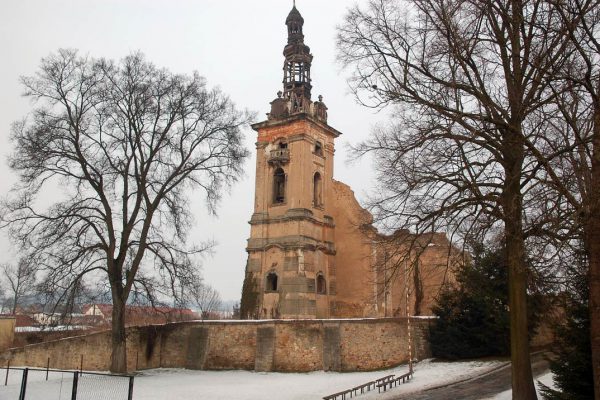