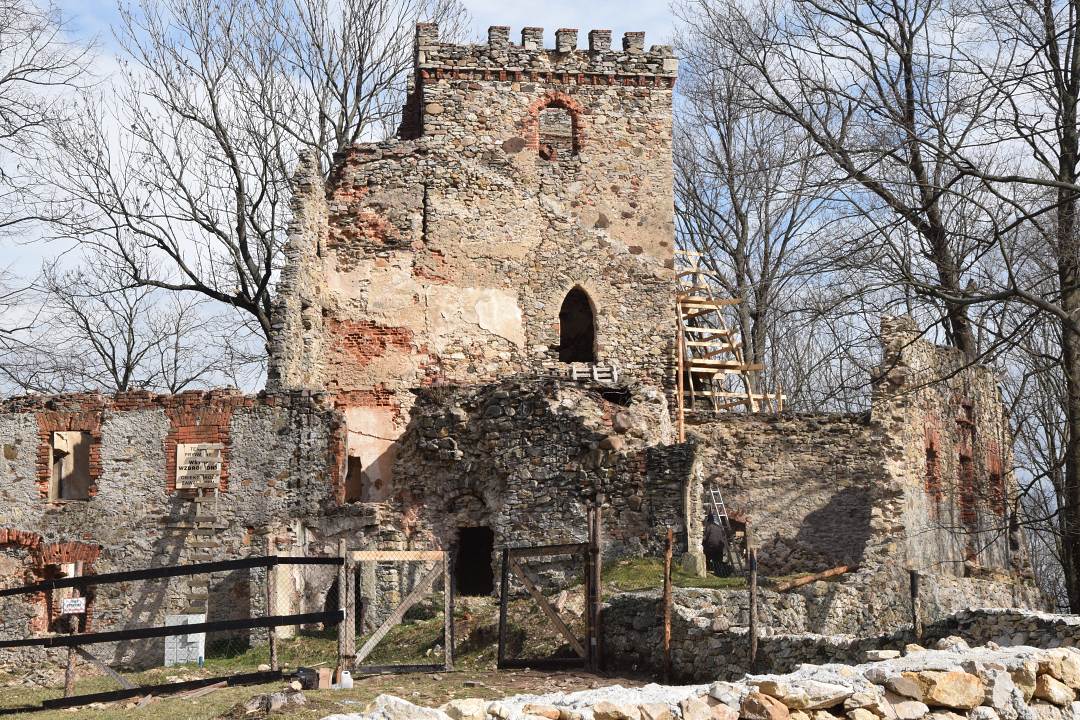 The village of Lipa on the border between the Kaczawskie Mountains and Kaczawskie Foothills exists since at least the second half of the 13th century. Its beginnings may have been connected with mining activities in the surroundings, pursued until the 16th century. Prior to the Thirty Years War the village belonged to von Zedlitz family and was one of the richest in the region. As a large settlement, with agriculture as the main source of income, it continued to prosper in the subsequent centuries. In the mid-1800s nearly 1500 people lived here, whereas limestone quarrying became another important occupation. The most valuable historical building is the ruined castle in the upper part of the village. It was built as a small watching post in the 13th century, rebuilt in the Renaissance style in the 16th century and once more in the 19th century, with Neogothic additions. Legends connect the castle with the Templars but no supporting evidence exists. The preserved remnants include the residential building and three-storey tower, small courtyard and the gate. The castle is currently renovated. Saint Peter and Paul church was built in the 13th century in Romanesque style, later rebuilt in Gothic (15th century) and then Renaissance style. The most valuable object in the interior is the Gothic triple altar. Epitaphs of von Zedlitz family are placed inside the wall surrounding the church. Two manors, in the central and lower part of the village, remain in ruins. Ruins of the gallows, built of local stone in the medieval times and preserved up to the height of 6 m, stand next to the road to Grudno. 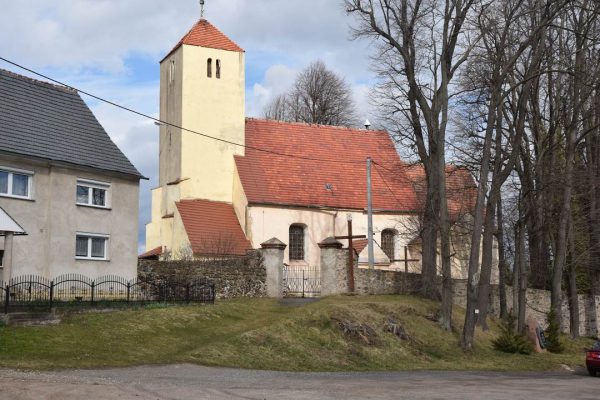 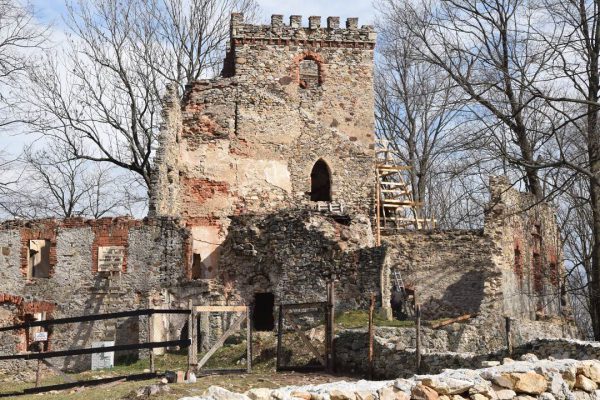