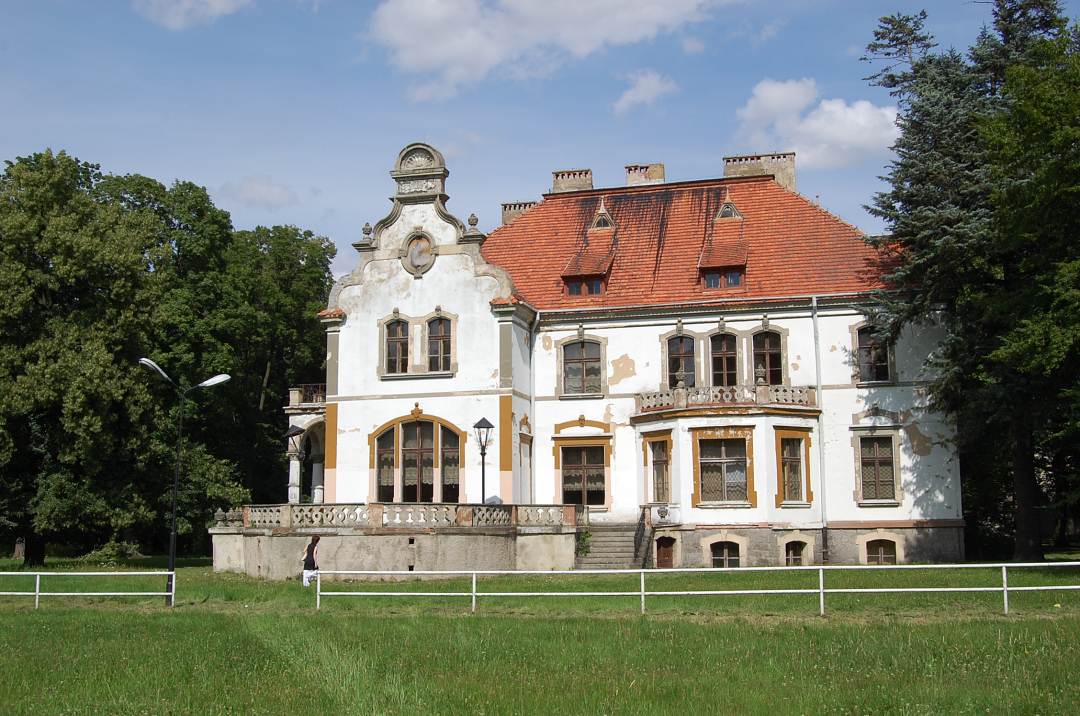 Targoszyn is a large agricultural community on the western margin of the Strzegomskie Hills. Its beginnings are not known, but the village must have existed in the early 14th century, as the local church is first mentioned in 1335. The settlement was totally destroyed during the Thirty Years War in the first half of the 17th century. In 1792 a considerable part of the village perished in fire, then it suffered during Napoleonic wars. However, the following decades were more successful and the village grew, supplying agricultural products to the sugar plant in the nearby village of Goczałków. Two historical buildings can be seen. Saint Hedwig church was built as a Gothic one in the 15th/16th century and enlarged in the 18th century. Gothic foundations are recalled in cross-and-rib vaulting and pointed windows. High tower with a cupola, since the 19th century supported by huge buttresses, stands on the axis of the church. The late 19th century palace was built for Baron Manfred von Richthofen, possibly on the location site of an earlier manor. It combines Neorenaissance and Neobaroque elements and is surrounded by an extensive landscape park with monumental trees and spacious clearings, laid down in the second half of the 19th century. Lime and maple avenues, plane trees, red oak, common oak, elm, beech and ash are worth attention. 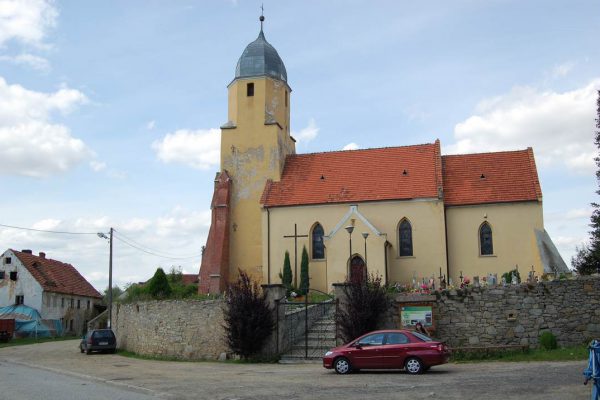