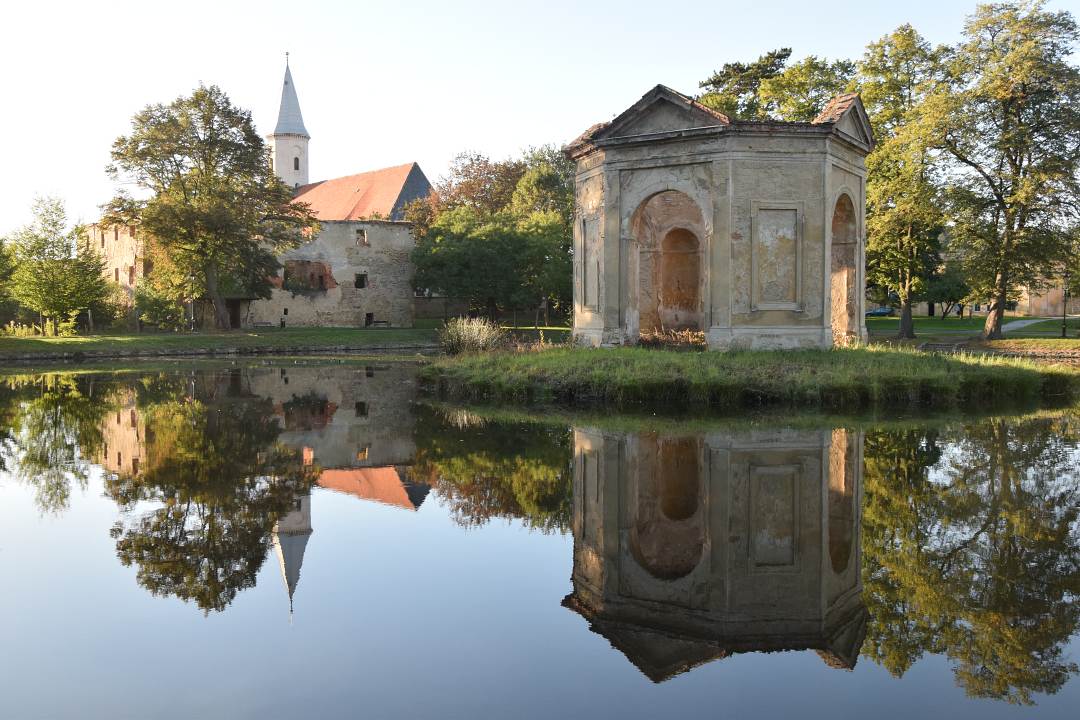 Mściwojów lies in the eastern part of the Jawor Plain, on the river Wierzbiak. South of it the hill of Mściwojowska Góra (214 m), built of glacial deposits, rises gently. Upstream from the village an 8 m high dam was built across the river, so that the Mściwojów Reservoir was created. It is 1.7 km long and serves water retention and recreation purposes. The village was probably founded in the 13th century, but its development accelerated after 1650, when it became the property of Count Otto von Nostitz. He ordered building of the palace, design of the garden, planting the park and introduced viticulture. Sadly, the entire complex fell into neglect after World War II, whereas the palace burnt in 1953 and remains in ruins since. Nevertheless, several buildings survived, such as residential annex, some service buildings, old hothouse and coach house. Remnants of the Baroque garden, with stone bridges across the stream, the pond and the pavilion on the island can still be seen. The landscape park on the slopes of Mściwojowska Góra hill suffers from neglect, but it still contains several monumental trees such as black pine, American tulip tree and Japanese pagoda tree. The Visitation of Virgin Mary church was built in Baroque style in the late 1700s and rebuilt in the 19th century. High 19th century church tower is characteristic, the interior is mainly Baroque. 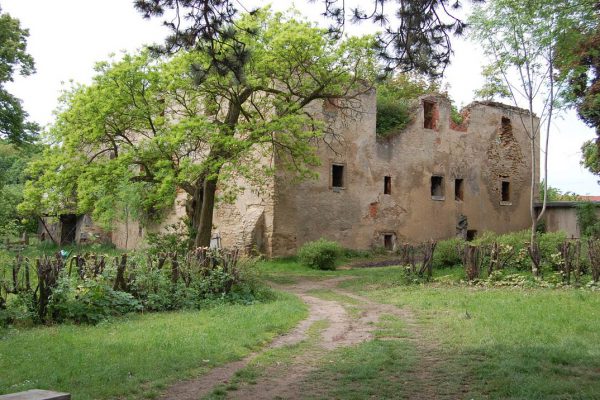