Czerwony Kamień (Red Rock), peaking at 325 m a.s.l., is located in the northern part of the Kaczawskie Foothills, on the right side of the Kaczawa river valley, to the north of the village of Nowy Kościół. Its core is made of products of volcanic eruptions – basalt and associated pyroclastic deposits, seen especially as agglomerates in the highest part of the hill. They contain both pieces of basaltic lava, as well as xenoliths, that is fragments of older metamorphic and sedimentary rocks detached from the walls of the volcanic vent. Basalt outcrops can be found lower down, in the large abandoned quarry, now heavily overgrown. They reveal columnar partings of the rock which represent thermal jointing – fairly regular pattern of fissures developed as the lava cooled. Surrounding the basalt are sandstones of Triassic and Cretaceous age. In the former, due to their low resistance to erosion, deep gullies have developed, probably as an effect of erosion by overland flow  along field access roads.

An earth ramp more than 200 m long, used to transport the stones, connects the quarry with the valley floor. On the hilltop an old defensive structure was located, possibly from prehistoric times, later replaced by a small medieval fort. Their remnants were likely destroyed by the quarry. A local historical-nature trail leads to the summit. Below the top, it uses an old path built from basalt stones. 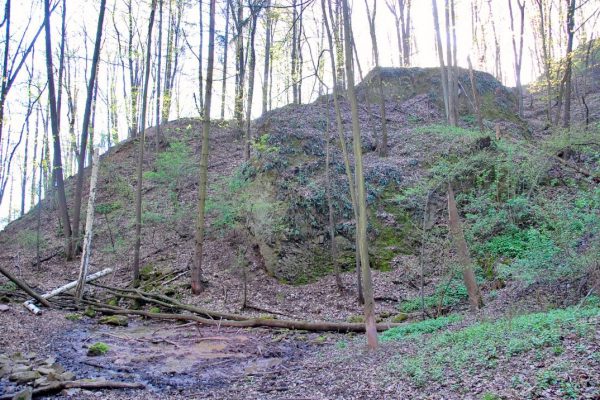 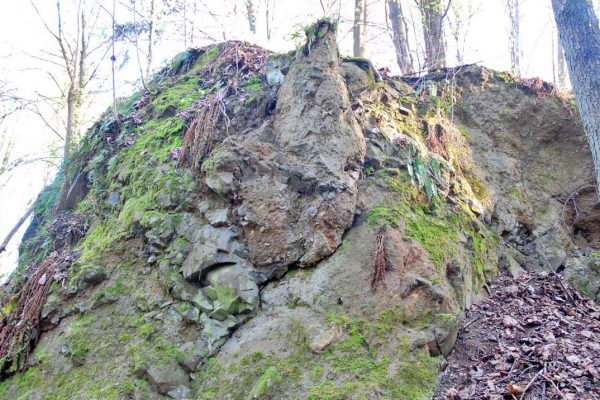 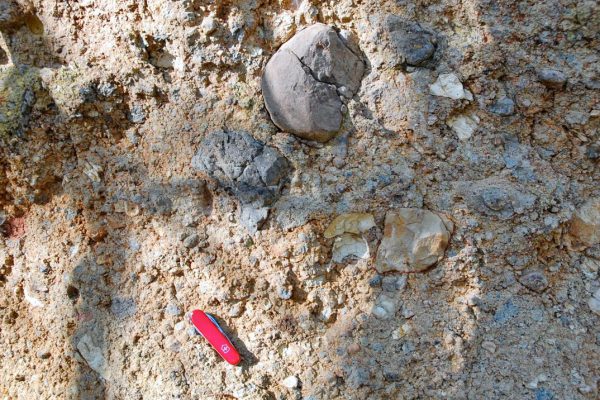 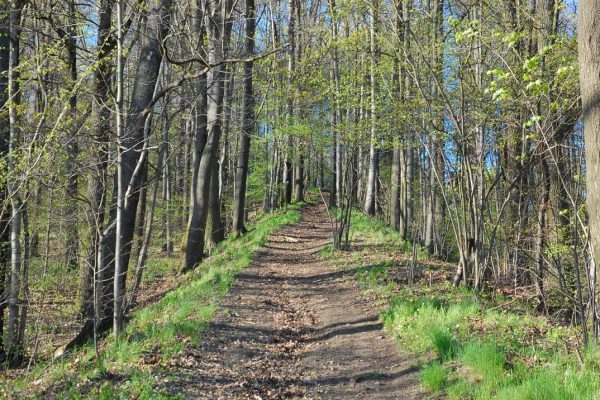 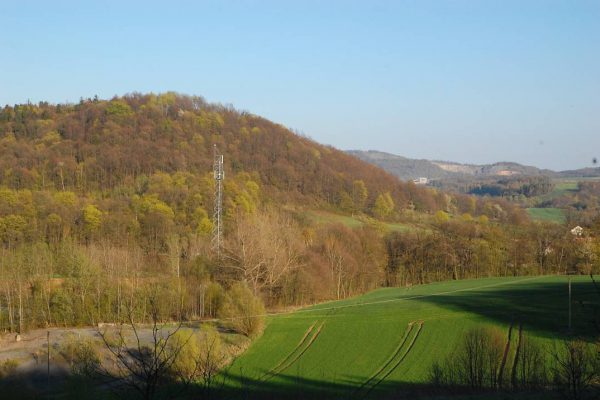 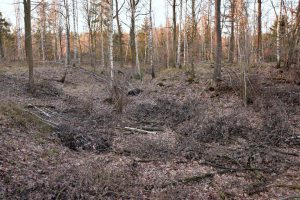 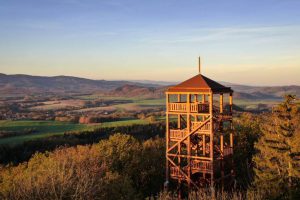 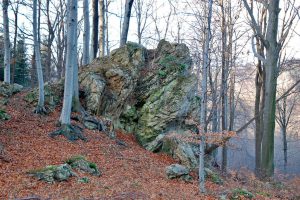 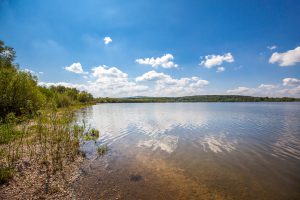 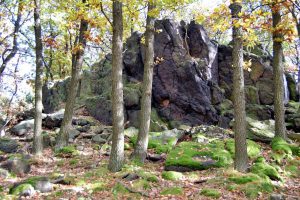