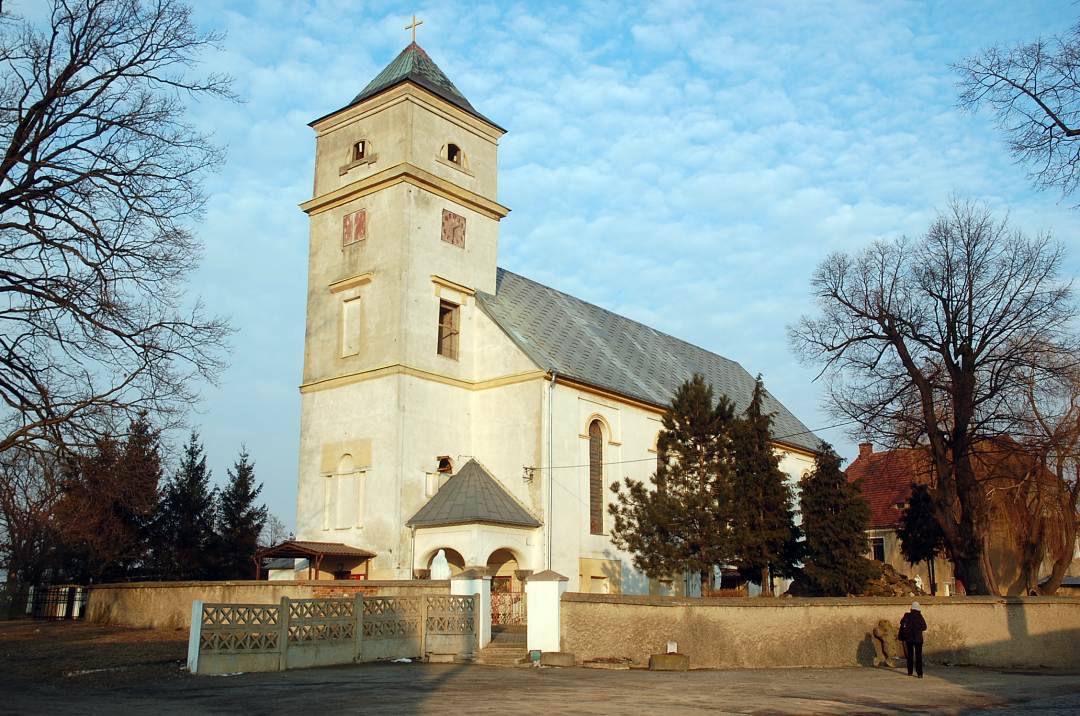 Tyniec Legnicki on the Średzka Upland and above the Cicha Woda valley is an old agricultural settlement, mentioned in 1316. The tower of the church, built in the 19th century on the place of a former building, is well seen from the distance. Inside the walled church compound there are remnants of a monument of soldiers fallen during World War I, whereas a stone cross from Koskowice, moved to here in the 1980s, was re-erected outside. South of the Cicha Woda valley and on the edge of the upland, about 1.5 km to the south-west, is the small village of Brennik. It is known from a well preserved four-storey palace from the mid-1700s, rebuilt in eclectic style in the late 19th century and the 1920s. The building follows an irregular ground plan and consists of two parts, imitating Renaissance and Baroque respectively. Next to the palace are old service buildings and a park with a pond. The palace hosts a social care institution “Prząśnik”. In the south-easterly direction, 3 km from Tyniec Legnicki, lies the village of Janowice. South of it are remnants of old basalt quarries, one being partly flooded, another one used as landfill site. The basalt outcrop near Janowice is the most north-easterly one in the Land of Extinct Volcanoes, located beyond the Sudetic Foreland, in the Silesian Lowland. 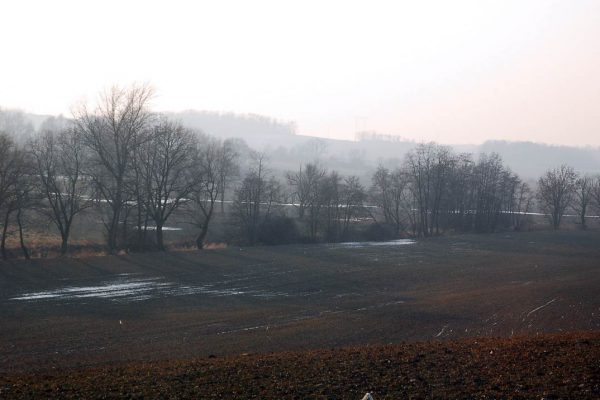